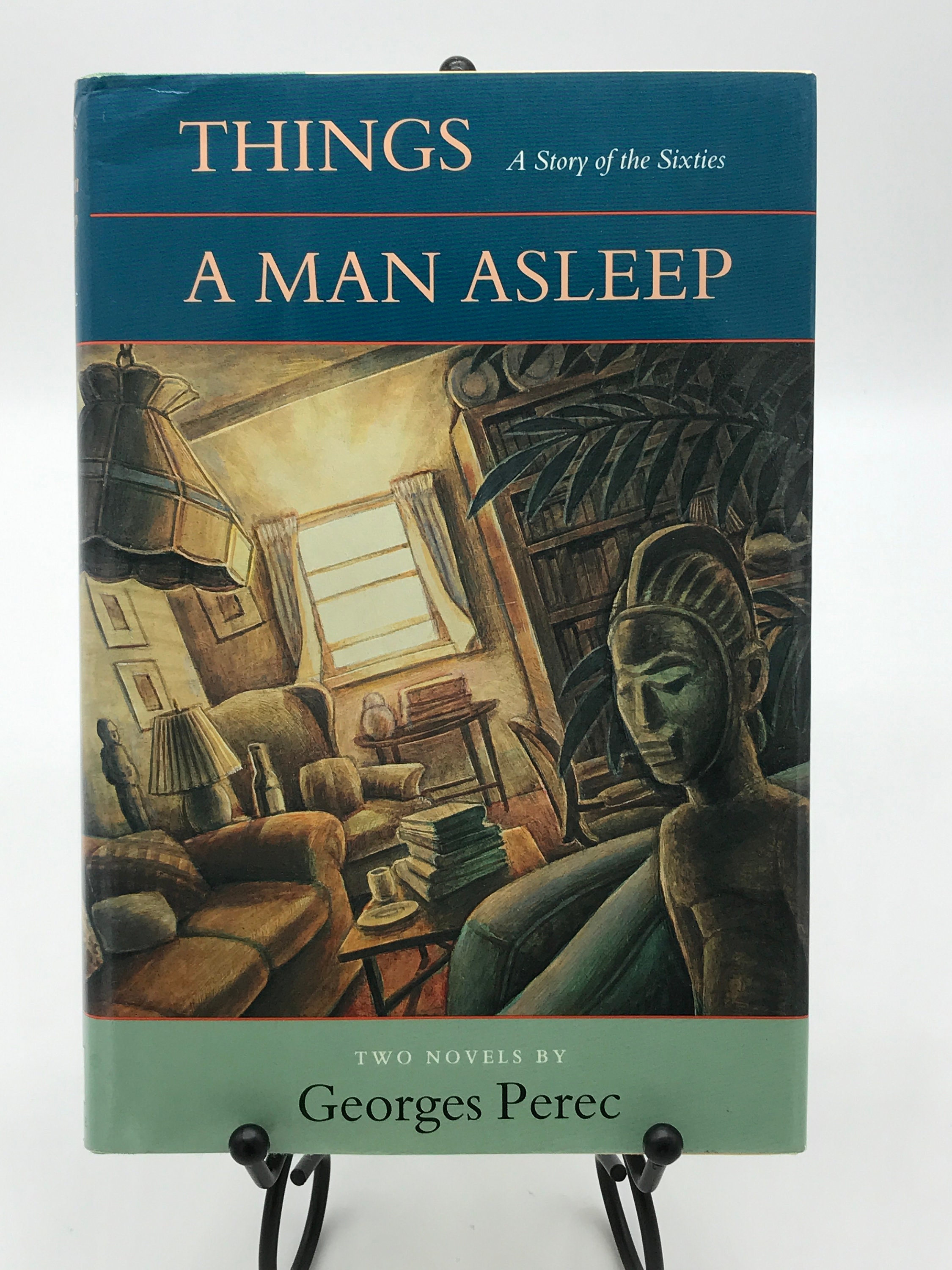 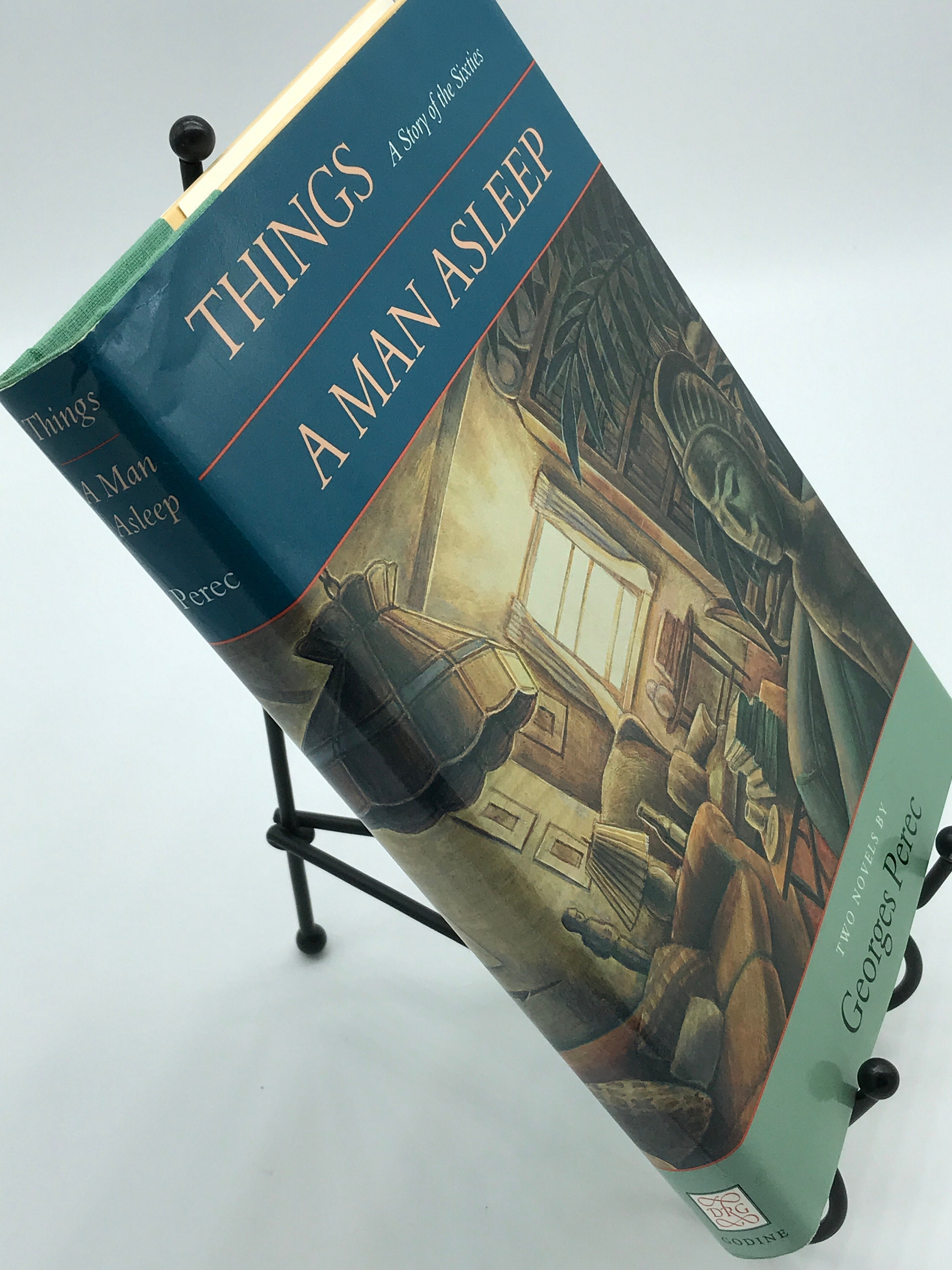 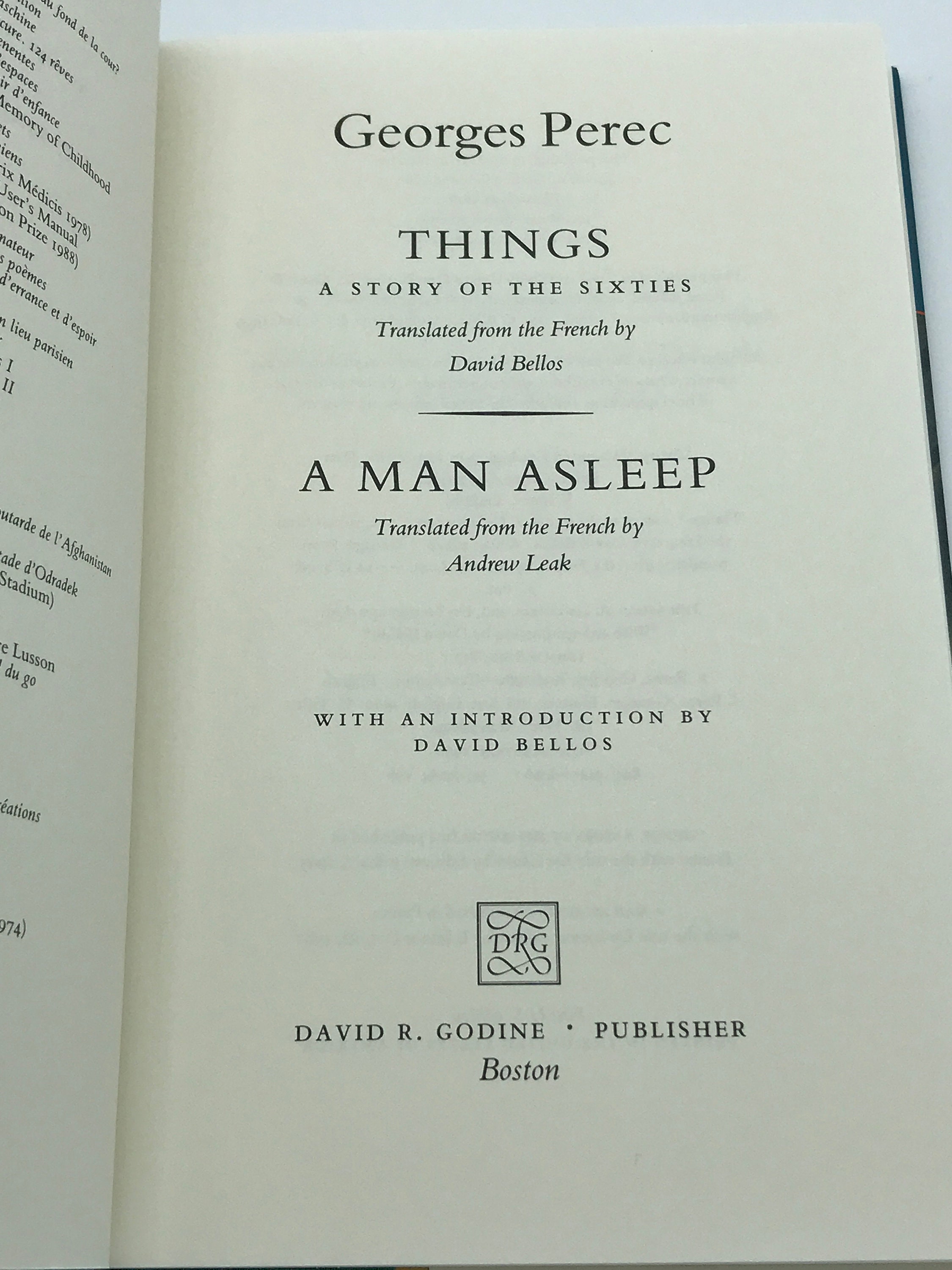 Things; A Story of the Sixties and A Man Asleep two novels by Georges Perec

This is a like new hardcover with dust jacket. 1990 First U.S. Edition Godine Publishing. It is crisp and clean, unmarked inside. Green/gold hardcover boards like new. Binding tight and straight as new. Dust jacket is clean and shiny with only a hint of shelf wear to back from display.

Two trailblazing novels in one volume by Georges Perec. Both novels provoked strong reactions when they first appeared in the 1960's. In the novel Things, Jerome and Sylvie are young and upwardly mobile, lusting for the good things in life. They want enjoyment but all around them enjoyment was equated with ownership. Surrounded by Paris's tantalizingly exclusive boutiques, they exist in frustration, caught between the fantasy of the life they want to live and the reality of daily life's mundanities.
In contrast to Jerome and Sylivie's cravings, in the novel Asleep a nameless student attempt to purify himself of material desires and ambition. He longs to want nothing, just wander and sleep. Yearning to exist on neutral ground, he soon discovers that this wish is by its very nature a defeat.
Georges Perec. was unrivaled in his mastery of language and invention. His father died as a soldier in WWll and his mother was murdered in the Holocaust. Many of his works speak of absence loss and identity. Things; a Story of the Sixties was his first published novel.