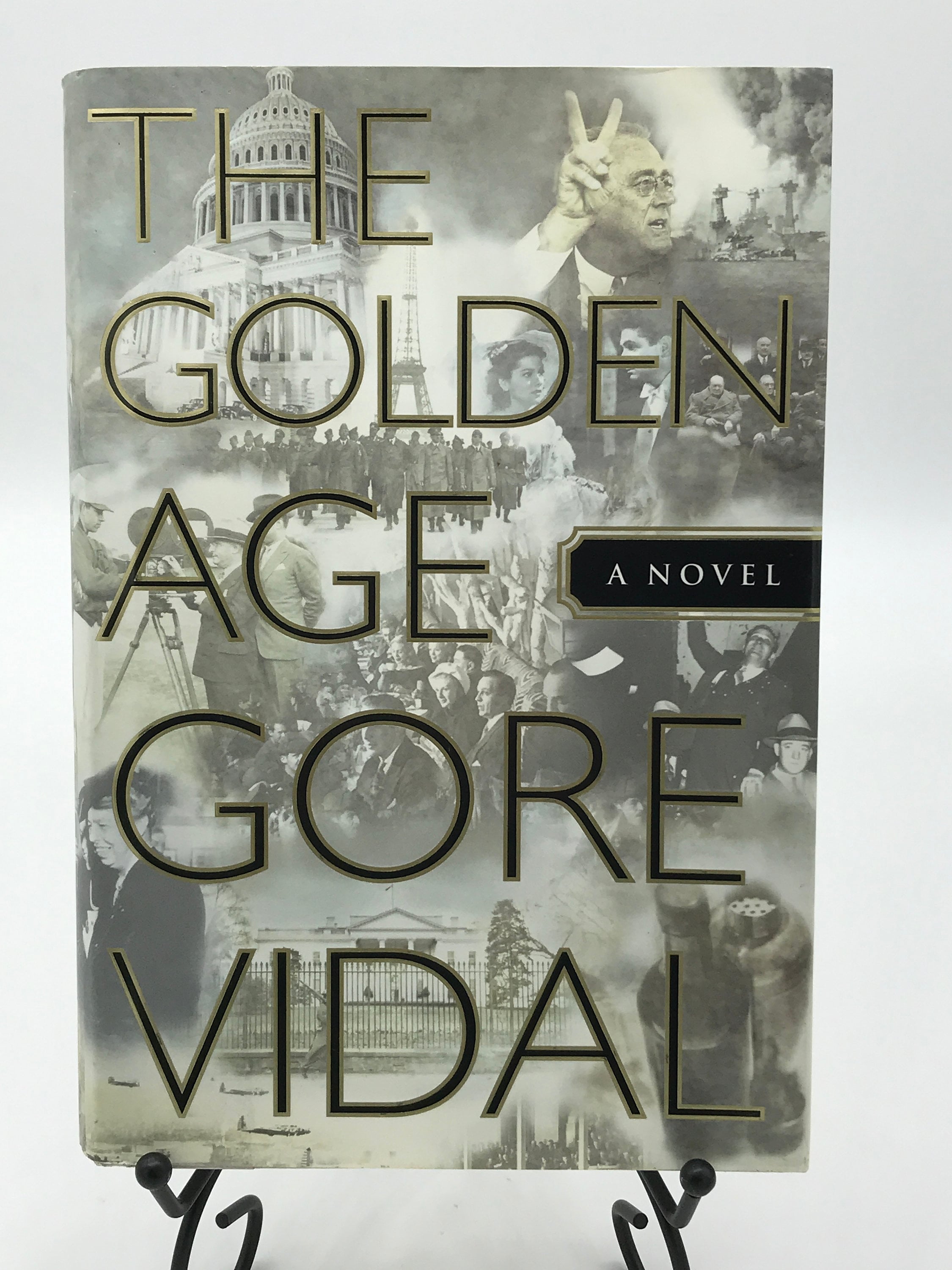 The Golden Age a Novel by Gore Vidal

This is an as new collectible hardcover with dust jacket. First Edition 2000 DoubleDay Publishing. Crisp and clean inside as new. Binding tight and straight as new. Dust jacket like new with only a hint of shelf wear to jacket back from display.

The Golden Age is the concluding volume in Gore Vidal's celebrated best-selling American empire novels. A pageant of the national experience from the U.S. entry into WWll to the end of the Korean War. In his 6 previous narratives, Gore created a fictional portrait of out nation from its founding that is unmatched in literature for its scope, intimacy, political intelligence, and eloquence.
In this installment, The Golden Age, Gore presents a vibrant tapestry of American political and cultural life from 1934 to 1954, when the epochal events of WWll and the Cold War transformed American once and for all, from a republic into an empire. The characters that populate the book are rich in historical content and are vivid representations of the times. From Eleanor Roosevelt to Dean Acheson, Tennessee Williams, Wendell Willkie and more, they bring this historical novel to a place of high drama with a classical view of human fate.