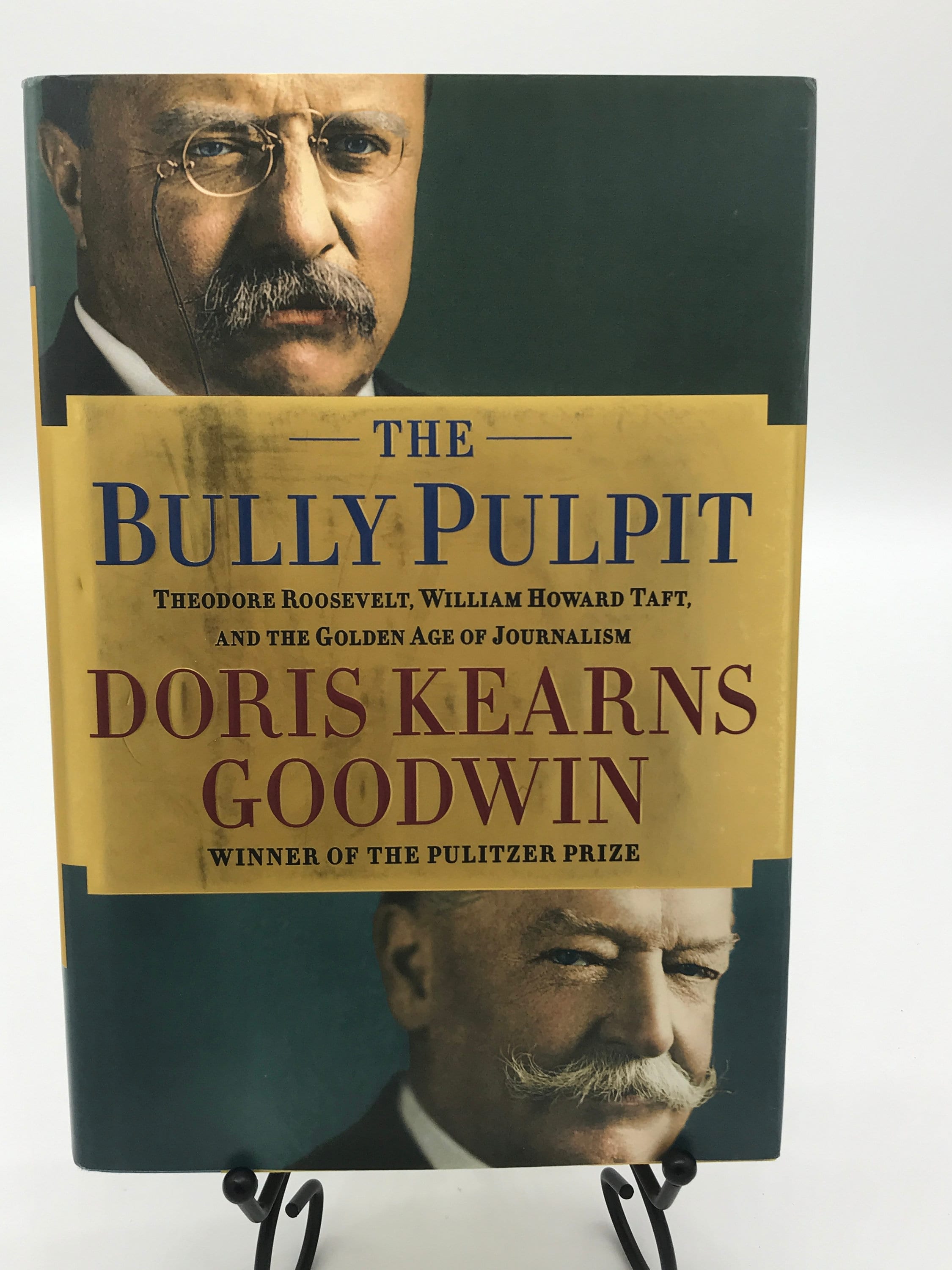 This is a like new hardcover with dust jacket. 2013 Simon & Schuster Publishing. New shelf kept hardcover with only a hint of shelf wear to jacket from display.

The gap between rich and poor has never been wider..... legislative stalemate paralyzed the country.... corporations resist federal regulations.... spectacular mergers produce giant companies... the influence of money in politics deepens..... bombs explode in crowded streets..... small wars proliferate far from our shores.... a dizzying array of inventions speeds the pace of daily life.
These unnervingly familiar headlines serve as the backdrop for Doris Kearns Goodwin's book, The Bully Pulpit. It is a dynamic history of the first decade of the Progressive era, that tumultuous time when the nation was coming unsealed and reform was in the air. The story is told between the intense friendship of Theodore Roosevelt and William Howard Taft - a close relationship that strengthens both men before its ruptures in 1912, when they engage in a brutal fifer for the presidential nomination that divides their wives, their children, and their closest friends, while crippling the progressive wing of the Republican Party; causing Democrat Woodrow Wilson to be elected and changing the country's history.
This is also the story of the muckraking press which rouses the spirit of reform that helps Roosevelt push the gov. to shed it attitude toward robber barons, corrupt politicians, and corporate exploiters. Goodwin's narrative is founded upon a wealth of primary materials and the correspondence of more than 400 letters between Roosevelt and Taft, along with hundred of journalists letters and diaries. The book is an examination of leadership in a rare moment of activism and reform that brought the country closer to its founding ideals.