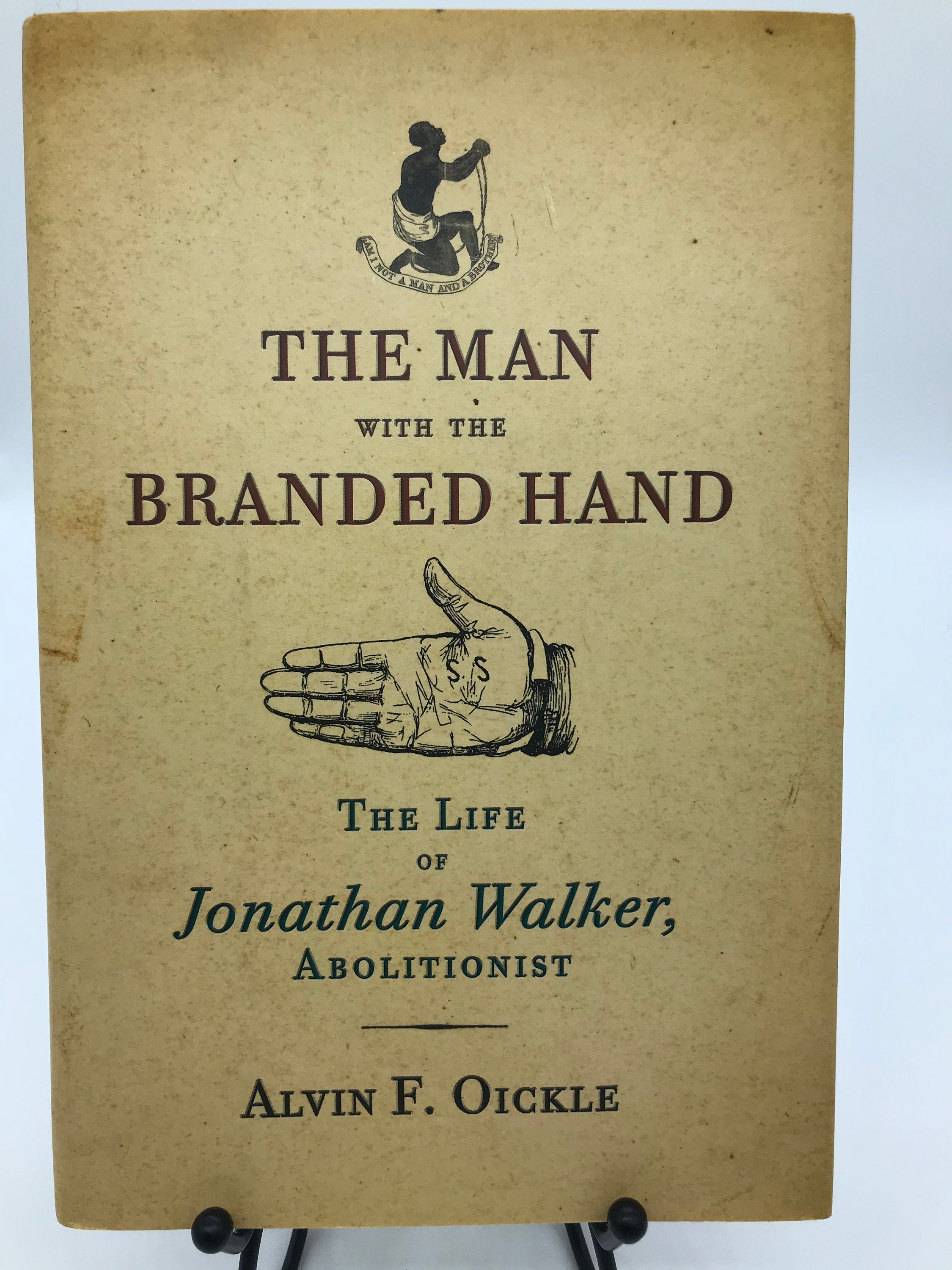 The Man With The Branded Hand The Life of Jonathan Walker Abolitionist by Alvin F. Oickle

This is a new hardcover with dust jacket. 2011 Westholme Publishing.

Sailing around the Florida Keys in 1844, 45 yr old Jonathan Walker had a price on his head. On board the small boat were 7 fugitives from slavery. The Cape Cod sailor and abolitionist was anted in Florida for stealing slaves. The slave owners had placed a bounty and reward on his head. Walker and the slaves were stopped and seized by bounty hunters and taken to Key West. Ordered back to Pensacola for trial, Walker spent a yr in jail. He was fined and sentenced to stand in the slippery and he was to suffer a unique punishment in American history' while a packed courtroom watched, a United States Marshall was ordered to use a hot branding iron to burn the letters "SS", for slave stealer, into Walker's right hand. Walker survived both his incarceration went on to shelter runaways in the Underground Railway, During the Civil War he headed for Virginia where he educated African Americans fleeing Confederate forces. His story inspired countless people to join the abolitionist movement including John Brown and Frederick Douglass.