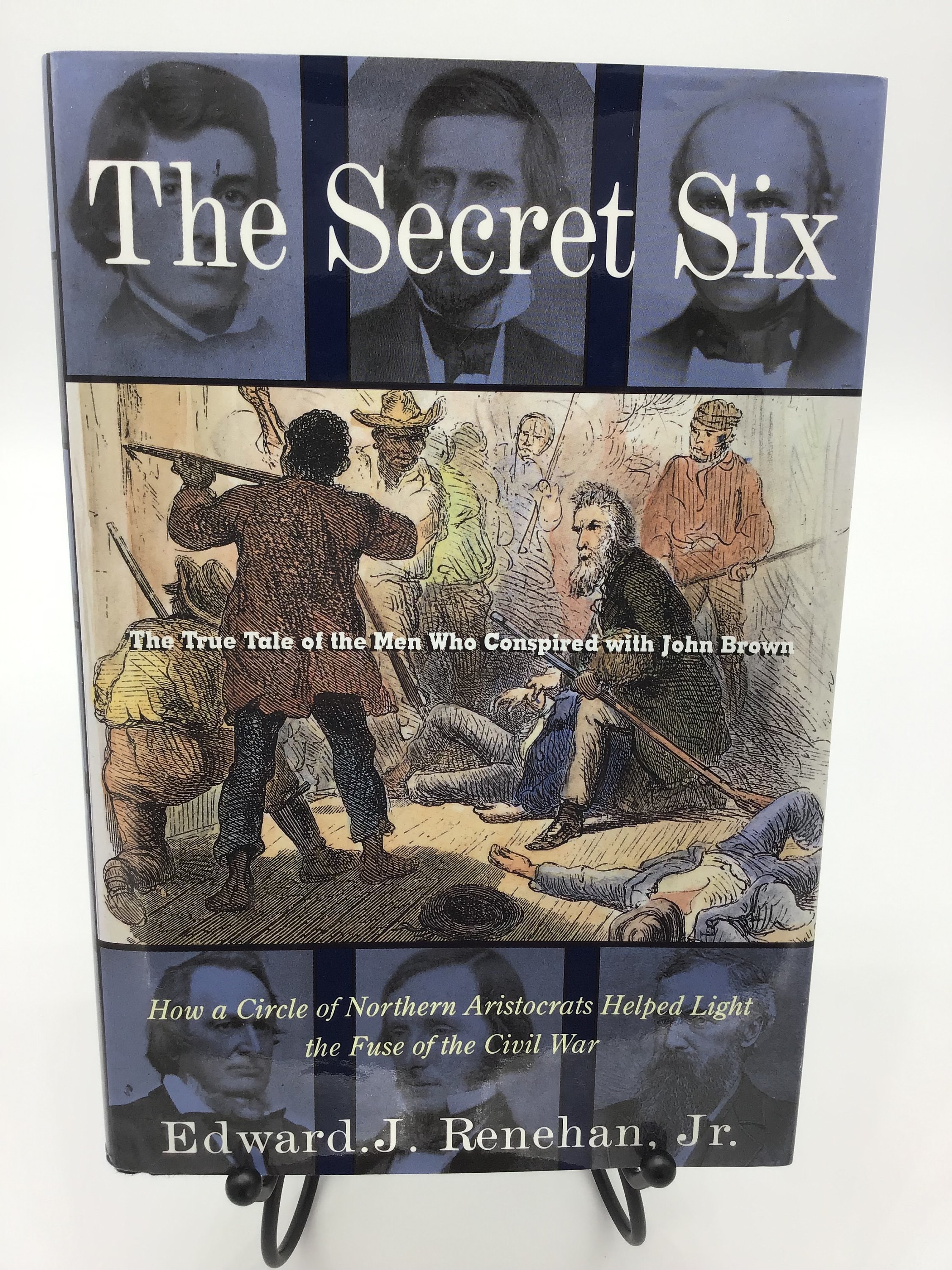 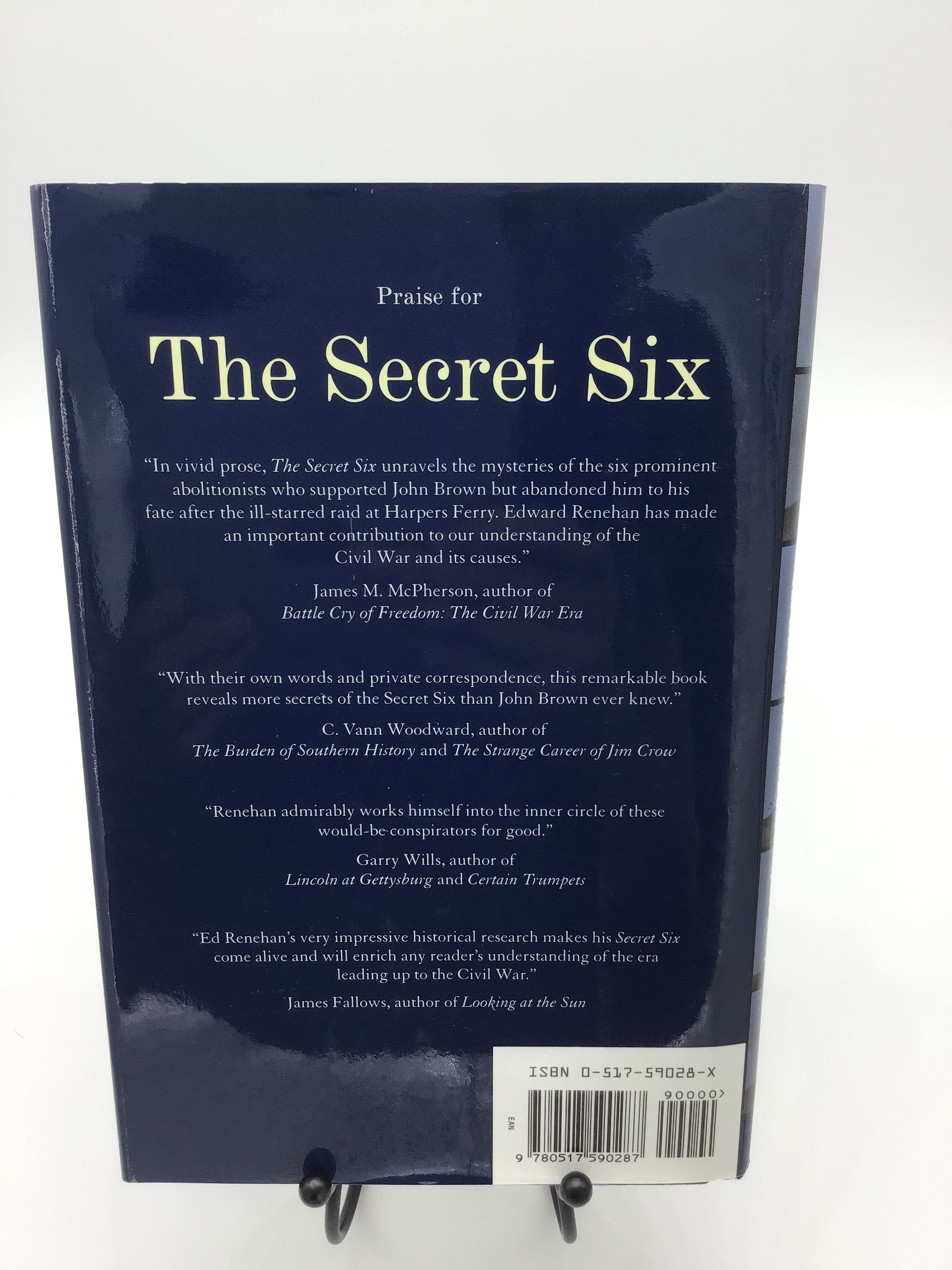 The Secret Six The True Tale of the Men Who Conspired with John Brown by Edward J. Renehan Jr.

This is an as new hardcover with dust jacket. 1995 Crown Publishing. Crisp and clean as new inside. Clean shiny dust jacket like new. Binding tight and straight as new.

This is the book of how a circle of Northern Aristocrats helped light the fuse of the Civil War. True tale of the men who conspired with John Brown. Most Americans know that John Brown's raid on Harpers Ferry - a raid he believed would ignite a bloody slave revolution - was one of the events that sparked the Civil War. But few know the story of how Brown was overtly aided by a circle of prosperous and privileged Northeasterners who supplied him with money and weapons, and hid him in their homes while authorities sought Brown on a murder charge. The Secret Six included Thomas Wentworth Higginson (minister and author); Samuel Howe (physician); Theodore Parker (minister whose rhetoric helped shape the Gettysburg Address);Franklin Sanborn (educator and close friend of Thoreau); and the immensely wealthy Gerrit Smith and George Luther Stearns. This is the first book devoted to the Six. The author traces how the Six became involved with Brown, and how their lives were changed by the events at Harpers Ferry, along with the war they helped to start.

Free shipping via USPS with tracking. We love our books and want you to love them too!! Thank you for looking